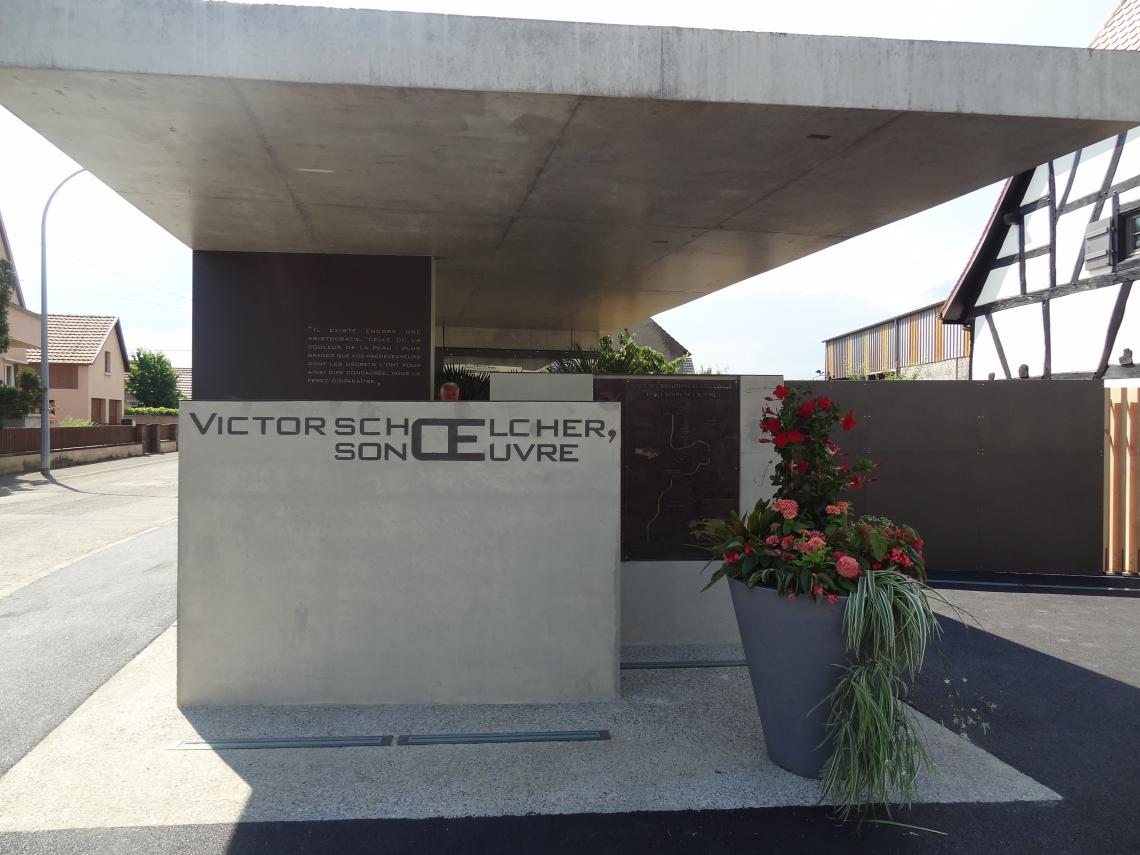 Victor Schœlcher was born in Paris on 22 July 1804 to a father from Fessenheim in Alsace and a luxury porcelain manufacturer. As a young man, he joined the family factory in the Faubourg Saint Denis, and very quickly became interested in the political life of the Restauration.
Seduced by republican ideas, he joined the liberal movement of Guizot founded in 1827. Initiated into Freemasonry, the young man also frequented the literary and artistic circles of the capital. He met with Victor Hugo, Alphonse de Lamartine, George Sand…
In the years 1828-1830, he travelled to the United States, Mexico and Cuba. Coming to sell the porcelains from the family factory, he discovered the appalling reality of the slavery system. This shock will be the starting point of an awareness that will turn this great bourgeois man and freemason into a monument of conscience in the service of human rights. 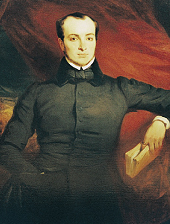 In his writings, supported by the observation from his travels to the Antilles and in Africa, he set out the principles and foundations of a model of social reorganization without slavery, which was very much influenced by the theories of utopian socialism of the time but which prefigured and announced in many aspects the evolution of the Caribbean societies.

In February 1848, the July Monarchy was overthrown. The Provisional Government recalled Victor Schœlcher, who was travelling in Senegal, to France. He was under-secretary of State to François Arago, Minister Marine and Colonies. He chaired the commission for abolition and drafted the historical decree of 27 April 1848:

“The Provisional Government,
Considering that slavery is an attack on human dignity, that by destroying human free will, it suppresses the natural principle of right and duty; ?That it is a flagrant violation of republican dogma Freedom, Equality, Fraternity,
Declares: “Article 1: Slavery will be completely abolished in all French colonies and possessions…” 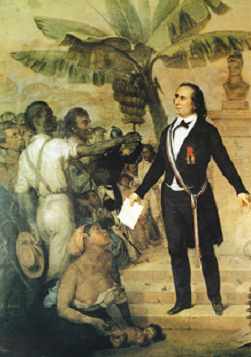 The abolition of slavery on 20 December in Reunion Island

In August 1848, for the first time, free overseas elections were held by universal male suffrage in the French colonies. The name Schœlcher is proposed in Martinique and also in Guadeloupe where he is elected, but he opts for Martinique and becomes people’s representative in the constituent National Assembly.

In March 1849, Victor Schœlcher opposed Bissette in the parliamentary elections.
He was defeated by Bissette, but returned to his headquarters in Guadeloupe. Following a controversy over his election, he published La vérité aux ouvriers et cultivateurs de Martinique… in response to accusations made by Cyrille Bissette and others. After the cancellation of the elections, Schœlcher was re-elected in 1850 in Guadeloupe as a people’s representative in the National Assembly.

Faced with the crisis in the sugar economy hitting the islands, the disruption of social relations resulting from the emancipation of slaves, the repression of the press, Victor Schœlcher then intervened in the social and political life of the Antilles: he founded the newspaper “Le Progrès”, defended the principles of universal suffrage, fought for free and compulsory education, defended compensation measures and advocated the construction of large sugar power plants.

The coup d'état of 2 December 1851 did not allow him to continue his action aimed at ensuring the prosperity of the colonies and the integration of former slaves. Fighting on the barricades, he was forced to leave French territory and went into exile in England in 1852, where he remained until 1870.

When the Second Empire fell, he was elected deputy in 1871, on 12 March in Martinique, on 2 April in Guyana, and at the end of May in Guadeloupe. He opted for Martinique.
In 1875, he was an irremovable senator and a member of the High Council of the Colonies.

President of the “Société de secours mutual des Créoles”, he published several books on labour legislation in the Antilles and continued his fight for the economic development of the Antilles.

At the same time, his fight for human rights extends: he campaigns for the improvement of the lot of women, fights for the abolition of the death penalty, defends the freedom of the press, works to impose secularism and chairs an anticlerical congress.

In his book Polémique coloniale, he publishes his latest articles on slavery in the United States, Brazil and Senegal. In 1889 his literary work was completed with a final essay on La Vie de Toussaint Louverture. ?Until the end, Victor Schœlcher will have continuously applied his eternal motto:
“The Republic no longer intends to make any distinction in the human family.
It does not exclude anyone from its immortal motto: Freedom - Equality - Fraternity”

Victor Schœlcher died on 25 December 1893 in his residence of Houilles (Yvelines). On 5 January 1894, a funeral procession led by two Caribbean students and two black naval officers took him to his last home in Père-Lachaise.

On 20 May 1949, on the initiative of Senator Gaston Monnerville, a mixed-race man from French Guiana, the French Republic transferred the ashes of Victor Schœlcher and those of Guyanese Félix Éboué, a descendant of a slave who became governor of French Equatorial Africa and the first resistant of the Empire, to the Pantheon. 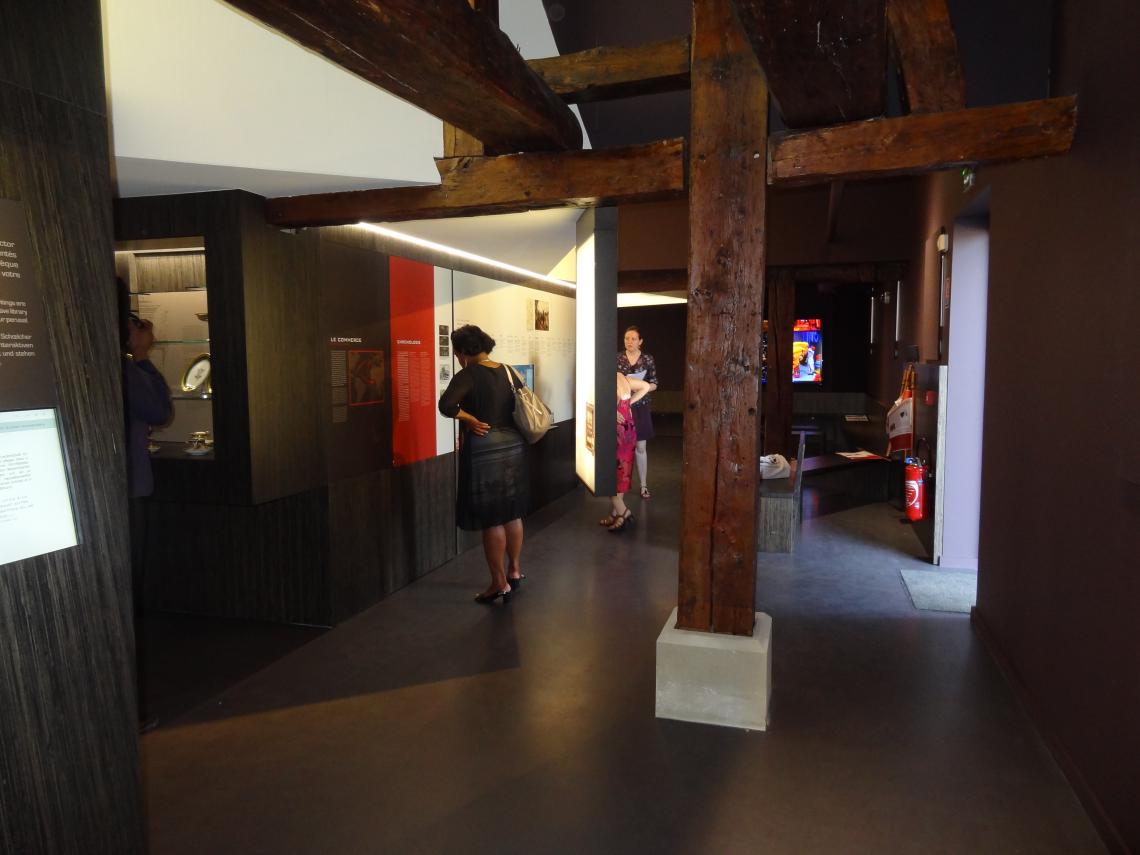 In Fessenheim, to honour the memory of Victor Schœlcher, who always shown the pride of his Alsatian roots, a museum was dedicated to him in 1982 with the support of Gaston Monnerville, grandson of a Guyanese slave who became President of the Council of the French Republic.

Created at the initiative of the municipality of Fessenheim, the new Espace muséographique Victor Schœlcher, son œuvre opened its doors in 2015 to replace the old museum, which was too old.