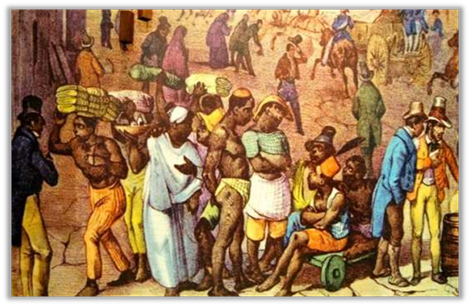 Pierre Moreau was born in Paray-le-Monial in 1620. He was the youngest son of the Protestant shoemaker Jean Moreau and Esther Dutroncy. He left Paray in the 1640's to join the Dutch army for three years. Thanks to his talents for foreign languages and his relationships, he was hired in 1646 as secretary of Michel Van Goch, one of the four governors of Brazil, and appointed in November 1645 for a mission to conquer the country against the Portuguese. 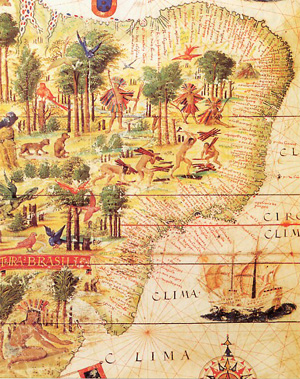 Arrived in Recife on 1 August 1646, he took advantage of his many trips in the country and used the archives of the Dutch government and of the West Indies Company to testify what he saw and what he learned. On his return to Amsterdam, he wrote a travelogue entitled Histoire des derniers troubles du Brésil entre les Hollandais et les Portugais, a text of 212 pages published in Paris in 1651 and in Amsterdam in 1652. He returned to Burgundy where he worked as a clerk in the Parliament of Burgundy.

Beyond the story of the fights between Portuguese and Dutch, his work presents a radical critique of colonization and slavery. He proposes a project of revolutionary organization of Brazil: in a republic with a strong army, tolerant towards all the religions, supportive, egalitarian with respect to property, justice and education, prosperous thanks to the use of land, mines and commerce, Brazilians could live happily and in harmony.

In his opinion, it is education and not ignorance, diversity and not uniformity, it is equitable sharing and not hoarding, it is exchanges and not accumulation, it is the control over the global space and not the territorial downturn that create harmony and wealth. 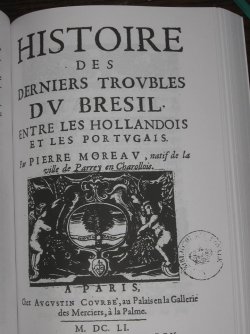 Work of Pierre Moreau published in 1651 in Paris

Back in Paray in 1659 with his sister Esther, he died there in 1660. The family home located Rue des Bancs will be returned to his sister and his nephews and nieces, Jean, Jeanne and Pierre Monsanglar.

Pierre Moreau passed into history when his work arose the interest of the Enlightenment philosophers. Montesquieu had him in his library. Diderot mentioned him in the Great Encyclopaedia. Translated into Portuguese, he serves as a reference for historians who are specialists in Brazil as well as in slavery and colonization.