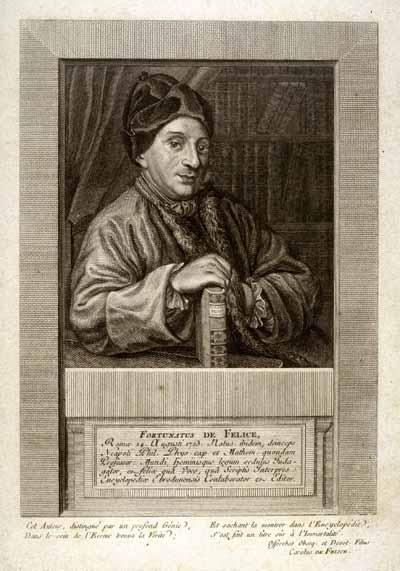 Guillaume-Adam de Félice was born in 1803 in Otterberg, in the German state of Rhineland-Palatinate, then in the French department of the Mont-Tonnerre, son of Pastor Bernard Fortuné de Félice (1760-1832), himself son of Fortunatus (1723-1789), born in Rome, Fransciscan religious, defrocked and refugee in Switzerland where it was received bourgeois in Yverdon in 1769, printer, editor and publisher of the Encyclopaedia of Yverdon from 1770 to 1780.

In 1804, the family moved to Lille where his father had been appointed pastor. He went to high school and turned to journalism. Expelled from the Netherlands, he undertook theological studies in Strasbourg while teaching French in Lausanne and writing historical, philosophical or theological articles for various magazines.

In 1828, he was pastor of the Reformed Church in Bolbec while publishing in various magazines and the New York Observer, of which he was the correspondent for 38 years. In 1838, he was appointed to the Faculty of Protestant Theology in Montauban and in 1839 he married Joséphine Rivier (1817-1869), the eldest daughter of a family of Désert, installed in Lausanne where the couple would have four children. His wife was also a great granddaughter of Etienne Clavière, a Geneva banker and founder with Brissot of the Society of the Friends of the Blacks.

How did this rather archetypal pastor of the French reformed ministers come to the anti-slavery struggle? 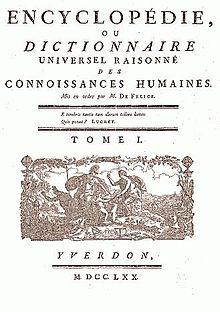 The beginnings of this struggle must be found in the Encyclopaedia of Yverdon published by his grandfather, and in particular in the entries “Slavery” and “Negro” which affirm immorality, “the opposition to natural and civil right” and uselessness of this domination by some men over others. In 1778, he also edited and published in Yverdon his Code de l'Humanité ou la Législation universelle, naturelle, civile et politique (Code of Humanity or Universal, Natural, Civil and Political Legislation).

His ministry in Normandy, particularly in Bolbec near Le Havre, put him in contact with the slave trade. Similarly, he was influenced by the pastor Sigismond Frossard (1764-1830), the first Dean of the Faculty of theology of Montauban, who had published a major anti-slavery book in 1789 and who co-founded the Society of the Christian Moral, which in April 1822 created a committee for the abolition of the slave trade and slavery within it.

The abolitionist engagement of De Félice began in 1831 with a first long article devoted entirely to slavery in the Liberian colony. He declared Africa “dazed” by slavery. By juxtaposing two races in America, trafficking has created an explosive situation on the continent. In the United States, even freed blacks will never be allowed into white society. We must therefore support the initiative of the American Colonization Society to bring freed blacks from America to Africa, where they will become in this continent the agents of civilization on that continent. De Félice then gave a long overview of this project: “The result of all these details above is that the colony of Liberia is currently in a prosperous state …”

Once a black State has reached a certain level of development, it will be the model for both Blacks and Whites, whose racist prejudices will be reduced for the example. To stop the trafficking, the generalization of these colonies will create a cordon sanitaire between the interior and the ocean. Then, “regenerated Africa will share with us the benefit of our lights”.

In the 1830s, various French Protestant circles were more sensitive than others to the Anglo-Saxon anti-slavery messages of the British and Foreign Anti-Slavery Society (BFASS), which partly explains the strong Protestant presence in the Société Française pour l’Abolition de l’Esclavage (SFAE), founded in December 1834.

In 1842, Victor Schœlcher’s work was a definite success in anti-slavery circles due to its radical positions. The following year, the parliamentary committee, chaired by Duke Victor de Broglie, after three years of work, introduced two bills providing for the immediate and total abolition of slavery and for its partial and progressive abolition.

The British abolitionists of the BFASS published in France in 1844 a brochure entitled Liberté immédiate et absolue de l’esclavage and financed the publication of the first issues of L’Abolitionniste français. The aim was to force the SFAE to adopt a policy of immediate abolition and during the tour of various BFASS leaders in France in March 1844, De Félice was contacted but refused a position as BFASS agent because of his pastoral and educational functions.

In July 1845, the Mackau laws were promulgated, which provided for the improvement of slaves with the implicit aim of preparing for the gradual emancipation of slaves. These measures, which he will criticize later, must have pushed the pastor to commit himself further.

In 1846, De Félice published the Émancipation immédiate et complète des esclaves (Immediate and Complete Emancipation of Slaves). Call for abolitionists. In it, he denounced the anti-slavery cause stagnating in France. This is the fault of colonial lobbies as much as of the “apparent” abolitionists who deal with the situation and of the “temporising” abolitionists who want a gradual abolition of slavery. The solution lies in the “immediate and complete emancipation, under the sole condition of the measures to be taken to protect the safety of whites and maintain order in the colonies”. Society has the “duty” to abolish slavery. All that can be expected is “success” for humanity and “interest” for the colonies. De Félice classified himself as one of the “pure” abolitionists who “demanded in the name of justice, humanity and religion” the total and immediate suppression of slavery.

Also, criticizing the weakness of the SFAE, he invited the “complete abolitionists” to incorporate themselves into a “distinct society” by replacing “the brilliance of names by the firmness of principles”. The “sterile” reforms, in particular the Mackau laws passed in 1845, will not produce any significant progress.

The publication of this treaty raised De Félice among the greats of abolitionism, and was congratulated and approved by Cyrille Bissette, Agénor de Gasparin, Alphonse de Lamartine, Charles de Rémusat, Victor Schœlcher or Alexis de Tocqueville, thus contributing to the transition from gradualism to immediate action.

A network of correspondents was established around him with French, Swiss, British and American parliamentarians and abolitionists, pastors, leaders and Protestant intellectuals. To distribute his brochure, he used the network of Belgian, Swiss and French Protestant booksellers and participated in the creation of the “Bureau de correspondance pour l’abolition de l’esclavage” (Correspondance Office for the Abolition of Slavery), in conjunction with the SFAE.

Under his aegis, various petition campaigns were organized and in 1846 the petition, signed by Bissette and De Félice, and 600 Roman clergymen and Protestant ministers, was presented, articulated in three points:
- Black slavery is a crime, to the full extent of the term. No law can legitimate or even mitigate it.
- All attempts to improve the fate of slaves have yielded only to illusory results…
- Slavery must be “promptly” abolished. This is in France’s interest and honour.

In January 1847, a Petition of the Ladies of Paris in favour of the abolition of slavery, inspired by De Félice, was issued, focusing on the fate of female slaves and calling for “emancipation” in the name of “religion, justice, humanity, and national honour”. The following autumn, he had the idea to send a specific circular for the emancipation of slaves, on behalf of the SFAE, to the “Protestants, pastors, elders and faithful of France”, insisting on the incompatibility of Christianity and slavery: “... It is a question of making the law prevail over the material interest, God’s law over the iniquity of man, the Gospel on the abuse of force…”.

The initiative met with some success within the Protestant community, since in February 1848, a Petition of Protestants to the Chambers calling for the abolition of slavery in the French colonies was tabled. De Félice will also try to rally the Roman clergy to the abolitionist cause “... Yet colonial slavery is both contrary to the fundamental principles of Christianity and in its very essence to the religious education of those it holds chained. So you have the most powerful motives, a motive of faith and conscience, to fight it until it falls under your blows”.

It seems that De Félice took advantage of this situation to implicitly emphasize the superiority of abolitionist Protestant states over the Catholic pro-slavery states, especially Latin American ones, and ipso facto, of Protestantism associated with modernity over Catholic conservatism. More broadly, he deplored the structural and numerical weakness, the pusillanimous nature of the movement and the lack of religious and philosophical involvement of the French abolitionist movement.

The petition campaign, which included the initiatives of De Félice-Bissette, received 10,737 signatures from 3 bishops, 900 priests, 86 pastors, 7 members of the institute, 151 elected councillors and 213 magistrates and lawyers and 9,000 owners, traders and craftsmen, far from the British figures, which it deplored: “Our 11,000 signatures are something, no doubt, but too little - infinitely too little to move the Crown. Even if we had 100,000 signatures, there would be little changes. We would need a million signatures, especially voters’ names, to achieve this goal.“

After the abolition of 27 April 1848, De Félice left the subject aside. He returned in 1865 on the occasion of a speech in Toulouse, in favour of the emancipated blacks of the Americas: “Brothers, we are all brothers. May there be no more diversity of race, blood or rank between us. May there exist only one great family left in all humanity and let us walk together, hand in hand, to our common homeland, the homeland of Heaven!”.