“Maybe one day will come, gentlemen, when […] you will throw a glance of compassion on this unfortunate people which has been quietly a barbaric object of trafficking; on those men who are like us in thought, and especially in the sad faculty of suffering; on these men, however, that, without pity for their painful complaints, we accumulate, we pile up at the bottom of a ship, to then go under full sail and present them to the chains that await them.”
Jacques Necker, minister of Louis XVI at the States General of the Kingdom on 5 May 1789 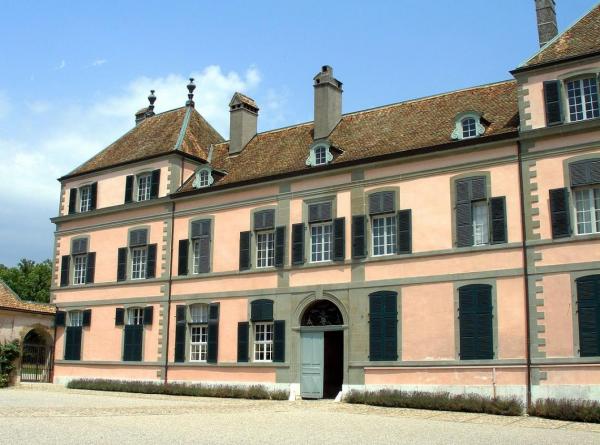 The castle of the family Necker-De Staël in Coppet, Switzerland

The anti-slavery commitment was one of the fights of the thinkers of the Groupe de Coppet, which began with Jacques Necker, minister of Louis XVI, and continued through his daughter, Germaine de Staël and his grandson, Auguste de Staël, joined by Benjamin Constant and Jean-Léonard Sismondi. From 1789 to 1830, they relentless fought for the abolition of the slave trade and slavery.

In order to preserve its collections, the Château de Coppet is only open to visitors for part of the year.

The tours are guided and last nearly 45 minutes.