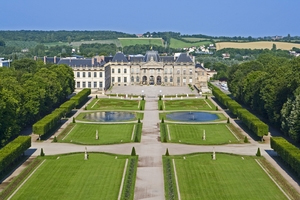 - Things to see in Lunéville:

The restored rooms are open every day from 10am to 12pm and from 2pm to 6pm, except Tuesday. They are accessible with a Day Pass or with a membership card.
The Parc des Bosquets is in free access all year (except special events).
From 1 October to 30 April: from 6am to 7pm ? From 1 May to 30 September: from 6am to 10pm