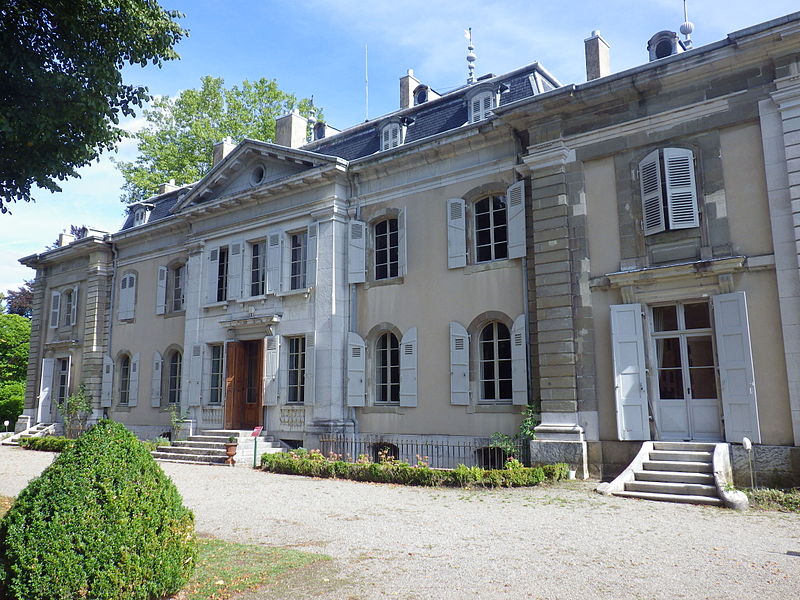 Like all the philosophers of the Enlightenment, Voltaire tackled the question of slavery, although in a less committed or developed way that his colleagues. Compared to the total volume of the philosopher's work, Voltaire's share of the negroes' cause is minimal, and this cause is not the one for which he pleaded most vigorously.

This observation will not justify some accusations of having been a player in slave expeditions or making money with slave trade, which has not been proven.

In his book Candide ou l'optimisme, he denounced the Black Code, which provided for the mutilation of the slave punished for escape and makes Candide say, „it is at this price that we eat sugar in Europe“. He reversed the roles in an episode where black pirates enslaved whites.

In his Dictionnaire philosophique, he confessed that of all the wars, that of Spartacus is the most just and perhaps the only just.

In his Questions sur l'Encyclopédie, he mocked the justification of slavery by the theory of the contract of the school of natural right when he asked to be shown the contract between the master and the slave. He did not hesitate to also challenge the right of slavery on the prisoners of war, forms admitted since Antiquity.

The scandal of slavery accompanied throughout the anti-Christian and anti-biblical polemic of Voltaire. He observed that the Church remained silent on the subject and that the clergy did not do for the cause of the Blacks what Las Casas had done for the Indians, the latter siding with the partisans of the slavery of the Blacks invoking the curse of Cham.

However, if he denounced slavery, he did not engage therefore in the way of its abolition. In his Essai sur les mœurs, he also objected that “a people who traffics his children is even more reprehensible than the buyer; this trade demonstrates our superiority; the one who gives himself a master was born to have one“ and noted with resignation that “slavery is as old as war and the war as old as the human nature. We were so accustomed to this degradation of the species that Epictetus, who certainly was better than his master, is never surprised to be a slave".

Confronting the human right to the equality to the observation of inequalities, he came to plead for the acceptance of these inequalities seen as “inevitable”.

If he did not take by the path of abolitionism and freedom, he was rather in the thought of a progressive improvement or even of a gradual emancipation.

However, at the end of his life, he engaged more directly and firmly in the denunciation of the last “slaves” in France, namely the serfs of Jura who, by virtue of the privilege of the mortmain, were subjected to the monks of the chapter of Saint-Claude in Jura.

The mortmain was the incapacity of the serfs in France in the Middle Ages. Its purpose was to prevent that the property passing to people outside the seigniory. Thus during his life, the serf freely enjoyed his personal property; he could dispose of his land with the permission of his lord, but he was deprived of the faculty of making his will and, at his death, his property was returned to the lord.

In Franche-Comté, it seems that one third of the population was a serf. In the countryside of the province, servile places were omnipresent, except around Besançon, an emancipated zone, and in the vineyards areas. Globally, two large areas emerged: the bailiwick Amont in the north, namely the current Haute-Saône, and the extreme south with the Haut-Jura. The majority of servile seigniories belonged to the Church, with in particular the two abbeys of Luxeuil and Saint Claude. In the 18th century, these two regions formed by far the largest servile centre of France: 75% of the serfs and 50% of the serfs subject to mortmain of the kingdom were there.

This situation was then denounced violently by Voltaire in his Requête au Roi pour les serfs de Saint-Claude published in 1775.

„20,000 fathers of family, farmers of your 2 Burgundy, or serving your Majesty in your armies, throw themselves at your feet. Those of us who are slaves of some abbeys and chapters, by an abuse only based solely on false titles, ask you by their cries and tears, to belong only to your Majesty…. Your Majesty will not suffer the task of which your kingdom is soiled under a monarch who, from his youth, is the father of the fatherland“.

By the Edict of 8 August 1779, King Louis XVI abolished serfdom and freed all “the serfs subject to mortmain of the estates of the King“, as well as the “men of body”, people subject to "mortaille" and to the “taille ” on the royal properties of France.

But this reality of serfdom remained in force in the estates of ecclesiastics until the Revolution and the night of 4 August marked the end of privileges, finally freeing the last serfs of the Kingdom of France.